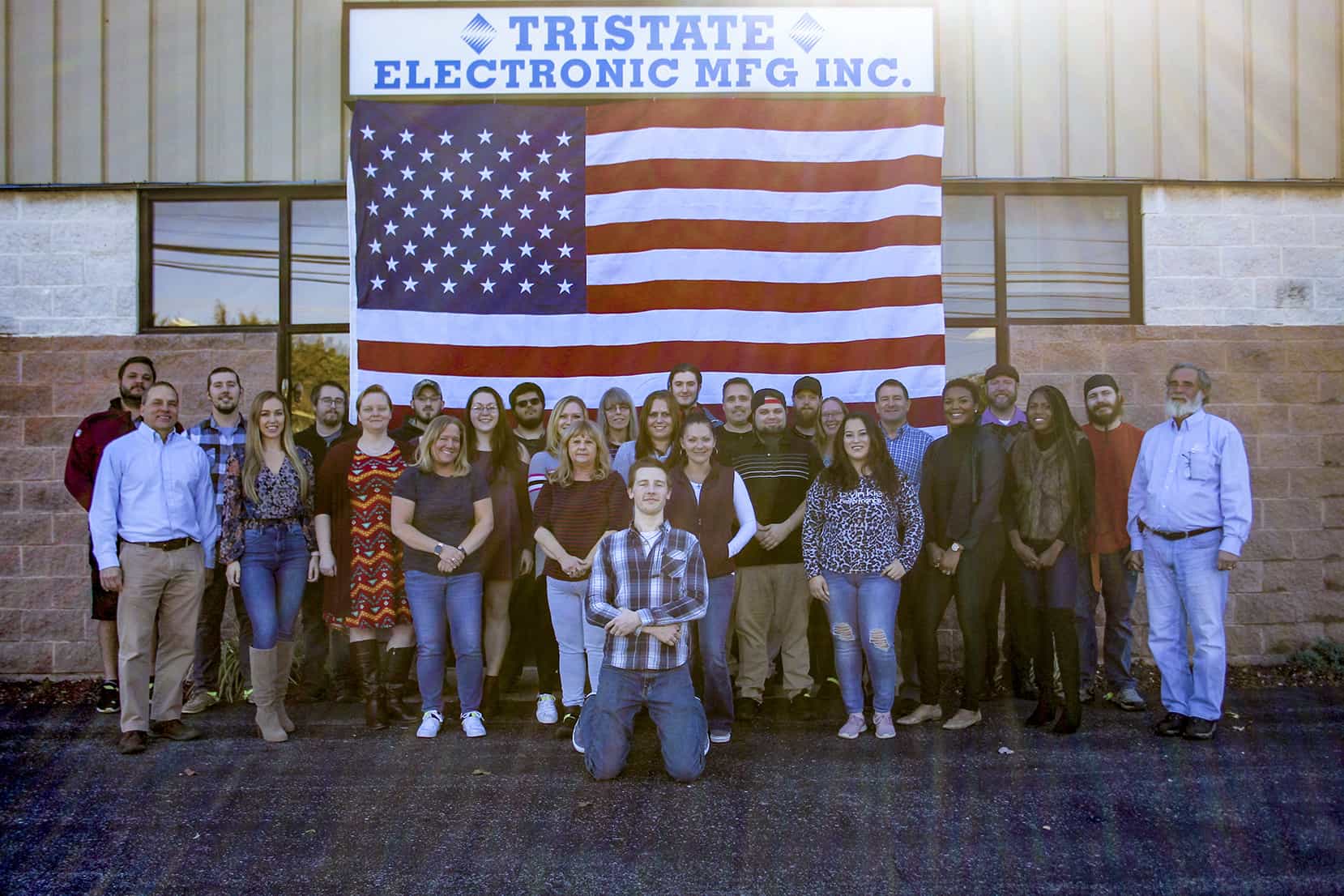 We are committed to providing value through exceptional work performance and conducting our affairs to high ethical and moral standards. We want to lead and enable people to become financially successful, self-supporting, and freedom loving people.

We will be an excellent electronics contract manufacturing support partner with leading technology firms to enhance the lives of our customers, employees, communities, and country.

Tristate Electronic Manufacturing was founded in 1985 by Ryan Null, of Boonsboro, Maryland. Ryan graduated from Arundel Institute of Technology in 1984 and began work as an electronic instrumentation technician in the telecom industry.

In 1985, Ryan opened Tristate Electronic Manufacturing beginning in the basement of his house. Soon the company moved to a facility on the Old National Pike in Boonsboro, and continued there for 3 years. At that time the electronics industry was dominated by through-hole technology requiring most of the assembly work to be done by hand. A wave soldering system and additional production support equipment were added by 1988.

Tristate moved to its present location at 91 Western Maryland Parkway in the Washington County Business Park in 1990, to accommodate growing demands for space and to prepare itself for growth. Tristate began surface mount operations in 1994; began turnkey services in 1995, and added functional test capability in 1998. ISO 9002 certification was first achieved in 1998 and Tristate Electronic Manufacturing is currently certified to the latest ISO 9001:2015 standard.

We achieved ISO-13485:2016 registration for medical device manufacturing in December of 2015.

Out latest achievements include NIST 800-171 compliance and the acquisition of automated component inspection equipment.

6 Reasons to do Business With Tristate Electronic Manufacturing